The ethnic political card has been influential in Pakistan's political history. Political and military leadership, in the past, have been dealing with political issues on the basis of ethnicity-for political objectives. Pakistan's four provinces have their own ethnic identity; they promote regionalism instead of nationalism.Balochistan, the most troubling area, is experiencing unrest due to constant insurgency based on ethnicity.Pashtun Tahafuz Movement (PTM), a new ethnic group, has taken root since 2018. PTM has been posing a new challenge to the state and security establishment. This paper examines the adverse impact of ethnic conflict and politics on national politics and security in the country. The new movement under PTM in Khyber Pakhtunkhwa (KPK) and one of the national political parties in Sindh have posed a grave challenge to the state and its security establishment. The central question of this paper is; why does ethnic conflict pose a security threat? And what are the new trends in ethnic politics? 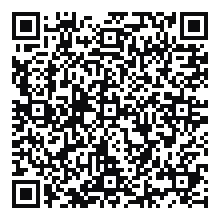