After the Second World War, USSR and the US started trying to increase their hegemony and were trying to persuade countries to make them align with them; specifically, they were trying to encourage the countries that were not associated with any of the superpowers. Russia's war with Ukraine is the most significant threat following the post-Cold War Era to the security of European and its stability. On February 24, 2022,Russia began a military strike against Ukraine along with a wide appearance, leading Ukraine to cut off full diplomatic connections with Russia. Vladimir Putin has repeatedly warned that the plans of Ukraine to participate in NATO are indeed a threat to Russia and has now voiced concern about NATO country's plans to expand in Ukraine. The research uses secondary sources like research articles and past published relevant material; it is a qualitative document analysis that focuses on the Russia Ukraine Crisis and critically analyze-sits causes and prospects for the world community. 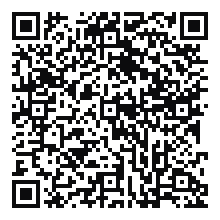